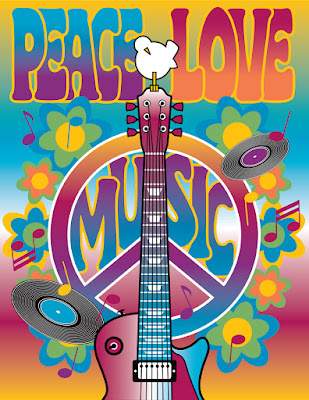 When I first began kicking around the idea of writing a book about the events of 1963, the only sure thing that came to mind was the assassination of JFK. But the more I examined what happened that year, the more it struck me, 1963 was a pivotal year in modern history. It was the year that launched the sixties. It marked the end of our national innocence. It began a new era in the Civil Rights movement. The FAB 4 forever changed our perceptions of music, reality, and inner consciousness.

If you were alive in 1963, you're likely to remember three stand out events. The assassination of JFK, the beginnings of Beatlemania, and a rebirth of the Civil Rights Movement.

When JFK was assassinated, it was like the magic candle that lit up the nation was forever blown out. It opened our eyes to the evil around us. In those few short moments at Dealy Square, a lone gunman stole our innocence.

Martin Luther King, Jr. polarized a generation of black activists like no one else could. His "I have a dream" speech, delivered at the March on Washington for Freedom and Jobs catapulted him into the national limelight. He went from being a "black" leader, to being an "American" leader. The next day, JFK praised King's speech and the movement. The FBI had a different take on King. They designated him the most dangerous "nigger" in America. Attorney general Bobby Kennedy, authorized a series of wiretaps on King that would stay in effect until after his assassination.

Music brought the Civil Rights movement home to the youth of America. Bob Dylan, Joan Baez, Peter, Paul, and Mary, and a host of other musicians provided the background music to the March on Washington.

More than anyone else in the sixties, the Beatles changed everything. They brought a generation of youth together.

Several years after their arrival in America, John Lennon would proclaim the Beatles were "more popular than Jesus." That line caused him a shitload of bad publicity, but he was definitely on to something.

Kids around the world had had enough of the stodgy 1950s. They were tired of adults, politics, war, and parents telling them what to think, how to dress, and how to act.

Bob Dylan, Peter, Paul, and Mary, and other folk singers sang about political injustice and the coming revolution. The number one album in the country that year, The Free Wheelin’ Bob Dylan, contained no fewer than six protest tunes.

They were just four regular guys with funny looking haircuts. They joked with reporters, and poked fun at each other. The media didn’t know how to respond. Their success baffled Edwin Newman. He reported, “The hottest musical group in GB [Great Britain] today is the Beatles. That’s not a collection of insects,” he chided, “but a quartet of young men with pudding bowl haircuts and who spell Beatles ‘B-E-A-T-L-E-S.’

“They’ve sold 2 ½ million albums and make $5,000 a week.” Almost as an afterthought, he said what many Americans over forty were thinking. “One reason for the Beatles’ popularity is it’s almost impossible to hear them.”[1]

Meanwhile, at the Harvard Psychedelic Club, Timothy Leary and Richard Alpert got the boot from prestigious positions at Harvard University. Richard Alpert stood accused of providing psychedelic drugs to an undergraduate student—which violated the terms of his research agreement. Timothy Leary simply vanished from his research position, and was later fired for going AWOL.

As it turned out, Leary was ministering to lost souls on the beaches of Mexico—helping to turn on a new generation of soul-seekers. Alpert caught up with Leary, soon after his expulsion from Harvard.

After being thrown out of Mexico, and several Caribbean countries, Leary and Alpert landed at Millbrook, a fashionable 60-room estate donated to their cause by the heirs to the Mellon fortune. The following year, Leary, and co-author Ralph Metzner, published The Psychedelic Experience.

Sports were changing, too.

Big money contracts came into full-swing that year. Willie Mays and Mickey Mantle signed their first $100,000 contracts. That was an unheard of amount of money in an era when rookies earned a meager $19,160.[2] Pete Rose had a standout first season, and was designated Rookie of the Year. Duke Snyder hit his 400th home run.

The Bears defeated New York Giants at Wrigley Field to win the NFL Championship. Each player received $5899 for his efforts. It was the biggest payout yet.

Women's golf flourished. Mary Mills won the U S Women's Open that year. Mills earned over $9,000 in 1962, her rookie year. Mickey Wright set a record in 1963, winning 13 tournaments. Althea Gibson made headlines for being the first African American woman to play in the U S Women's Open.

Entertainment remained a family affair. Dick Van Dyke scored big at the box office with Bye Bye Birdie. Jerry Lewis kept everyone laughing with the Nutty Professor. Flipper, the story of a pet dolphin, rode the wave of success. The next year it would be adapted into a popular television series.

The DOW Jones closed the year out at $782. Average income for an American family was $5807. A new car sold for $3233, and you could fill up the gas tank for 29 cents per gallon.  The average price for a new home was $19,300, making it possible for more Americans than ever to own their own home.

Unfortunately, the new prosperity didn’t assure good times for everyone. The last Studebaker produced in the United States rolled off the assembly line in South Bend, Indiana, on December 20, 1963. The company had been in business since 1854, and building automobiles since 1902. Ongoing price wars with Ford and GM had been raging since the early 50s. Something had to give. Production continued in Canada until 1966 when Studebaker finally called it quits. They were the first of many automakers to close-up shop, or move production offshore. Many manufacturers would follow their lead over the next half-century.

To many Americans it seemed as if everything was changing—and not necessarily for the better. The nightly news made it appear as if Beaver Cleaver was about to meet Adolph Hitler

Perhaps, Bob Dylan said it best when he wrote, “the times they are a changing.”